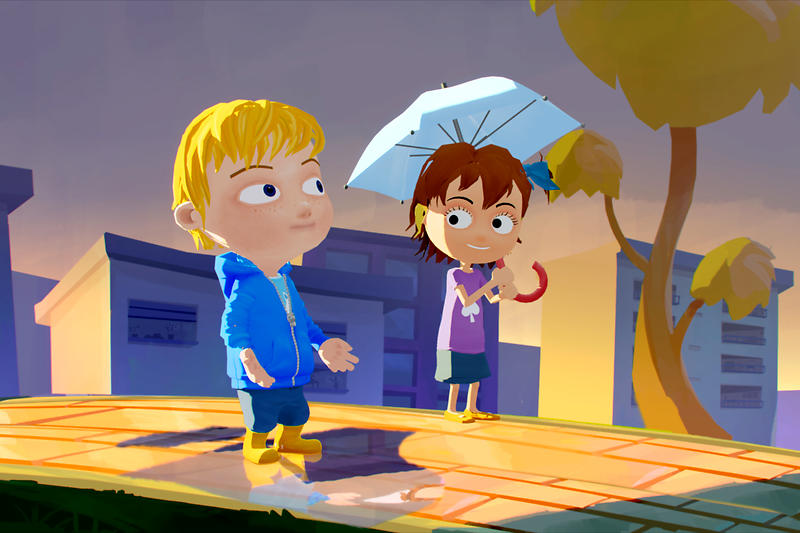 This Polish animated series is based on the life of seven-year-old Casper, a bright, lovable rogue, whose adventures see him find unconventional answers to the challenges of co-existence such as tolerance, jealousy and honesty.

This special episode narrates the creation of Casper's favourite superhero, the fly avenger.

During his birthday party Casper agrees to a bet with Eric. Ada helps a friend in need and stops him from making a fool of himself.

Casper attempts to outwit his father with a role-playing game that leads him to the conclusion that it's better to be yourself.

Casper's first day at school is around the corner. His disorganised father wants him to be ready to make a good first impression.

Not only is Casper reluctant to clean up his room, but he has also lost the family car keys amongst the chaos. Together with Ada he tries to find them.

Casper realises that it's important to tell the truth, even if the benefits aren't always immediately obvious.

Casper comes to the conclusion that it's better to possess something unique, rather than always want what's new.

When a planned family camping trip falls through Casper is extremely disappointed, only for his father to surprise him with a camping adventure closer to home.

Kamil Polak
– born 1980 in Giżycko, Poland. He studied painting at the Academy of Fine Arts in Warsaw and animation at the National Film School Łódź.

Jakub Tarkowski
– is a graduate of the National Film School Łódź and has been working as a director, animator, storyboard artist, and author, whose work has been awarded several times.

Michał Śledziński
– born 1978 in Bydgoszcz, Poland. He has been a comic’s writer and artist, storyboard and layout artist, as well as director. In addition, he has been the co-founder and editor of the comic magazines Produkt, P Lux and zina Azbest.

Tomasz Leśniak
– born 1977 in Warsaw, Poland. He graduated from the Graphic Faculty of the European Academy of Arts in Warsaw. He has been an award-winning graphic artist, cartoonist, and animator.

Wojtek Wawszczyk
– born 1977 in Sosnowiec, Poland. The award-winning artist, is a graduate of the National Film School Łódź and the Filmakademie Baden-Württemberg in Ludwigsburg, Germany. He worked as animator for several feature film productions in Los Angeles, USA, and has been directing several commercials.