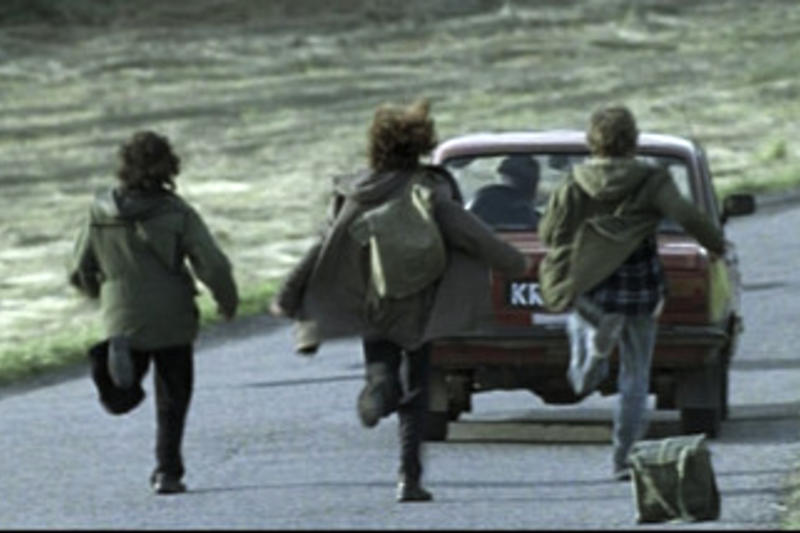 Three politically active friends and a death: In 1977, the student Pyjas died falling down a staircase in what appeared an accident. In 2008, the directors searched through the files and questioned the circle of friends for the background to an obvious betrayal. A balancing act between heated research and the desire to understand, accusation and forgiveness.

Pyjas, Wildstein and Waleszka were a sworn clique and members of an oppositional student association. They studied in the 1970s – a time in Poland of harsh censorship and ruthless police attacks. But they weren’t to be intimidated, they said and wrote what they thought, planned actions and published writings. When the suspicion was confirmed that there was a spy among them, Pyjas fell to his death apparently falling down stairs.

Ewa Stankiewicz and Anna Ferens investigate in their documentary this unsolved case, research files, and talk to contemporaries of the group including unquestioned eyewitnesses, in order to find the traitor and perhaps a trail of possible murderers. The case remains unclear, but the subjugation under which people – especially those politically active – found themselves at the time are becoming ever clearer. And the cases remain unsolved to this day. KF

Ewa Stankiewicz, Anna Ferens - Anna Ferens – director, scriptwriter and producer. She studied journalism and political science at the University of Warsaw. Since then she has made numerous documentaries. She also works for television.

Ewa Stankiewicz – born in 1967 in Wrocław, Poland. Director, scriptwriter and journalist. She studied Polish studies at the University of Wrocław and directing at the Film Academy Łódź. Since then she has made several feature films and documentaries. Since 2013 she has been the artistic director of the television station Telewizja Republika.

Back to the section:
Cookies make it easier for us to provide you with our services. With the usage of our services you permit us to use cookies.
More information Ok