THE FEAST OF SANTA BARBARA

A small town in Upper Silesian celebrates Barbórka, the day of the holy Barbara, the patron of mining. The ailing mine, which faces closure, invites the TV star Alex, to offer the tired workers some excitement and distraction on the holiday. The hosts give the celebrity from Warsaw the beautiful Barbara as his companion through the world of work. But Alex is in a deep crisis and everything pisses him off. However, the beautiful Barbara doesn’t let him unsettle her and forces the star to think about his own behaviour. The new acquaintance gradually courses commotion in the town and shakes the old relations.

Maciej Pieprzyca is a true representative of the Upper Silesian Myth and is also known in Cottbus. His lyrical BARBÓRKA follows the path of Kazimierz Kutz, the great bard of Upper Silesian culture and tries, not without sentimentality, to conjure up the spirit of the past. KM 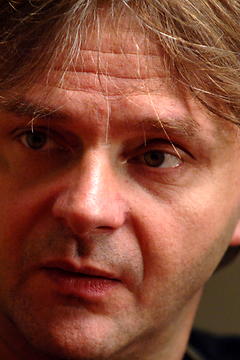 Maciej Pieprzyca - born in 1964 in Katowice, Poland. He graduated in journalism and directing at the Silesian University of Katowice and in screenplay at the Film School Łódź. In the beginning he mainly made documentaries, followed by feature films and television films. Last year he was one of the big winners at the FFC, his film I'M A KILLER was awarded twice – Best Director and Outstanding Actor.