75th Anniversary of Liberation – The End of World War II

The Second World War ended 75 years ago with the German surrender in May 1945. Since then the world, especially Europe and especially eastern Europe, have been busy licking wounds, coming to terms with war crimes and questioning history. War atrocities, carpet bombing, the Holocaust and expulsions were followed by further displacement, the Cold War and the division of the world into “East” and “West”. With the implosion of the "Eastern Bloc" the ways in which we view the history of the War have also changed. A World War II film series cannot possibly be large enough in scope to discuss all aspects of this historical chapter. We have therefore put together a selection of films that represent as many facets as possible. The selection shows how contradictorily the history of the war has been interpreted to this day, how differently memory functions and how emotionally charged the latter is against the backdrop of current political conflicts.

Old and new war film classics from THE CRANES ARE FLYING to INGLORIOUS BASTERDS, the latter partly filmed in the state of Brandenburg, illustrate the contradiction between officially celebrated heroism and losses that have been left for the individual to mourn. Physical and mental damage that went undiscussed for a long time, since the war was patriotic and every death an act of martyrdom. And the fight was also a fair one, against fascism and violence. And yet scars remain, everywhere. Often the participants later changed sides. Taking the example of an accomplice in the anti-Jewish massacre in Kaunas, the Lithuanian film ISAAC investigates the complex entanglement between guilt and atonement, repression and opportunism. The Czech SHADOW COUNTRY speaks of the cycle of violence and revenge, whilst the short film BLACK & WHITE pertinently raises the question as to why war history always focuses on men.

After the fall of the Iron Curtain the world was reorganised geopolitically. With the collapse of the Soviet Union numerous states in eastern Europe regained their independence. Historical processes, such as the deportations of the Baltic elite by the Stalin administration, were no longer taboo, thus creating new narratives on the Second World War. Against the backdrop of current political fears of the powerful Russian neighbour, historical epics such as the Estonian-Finnish 1944 or the Latvian CHRONICLES OF MELANIE are to be understood as both a form of self-assurance and a warning. At the same time, as regards questions of guilt, the pendulum swings to the left, bringing with it the threat that the immense German war crimes threaten to be pushed to the edges of our historical consciousness. Meanwhile, in contemporary war action films from Russia, the achievement of liberation from fascism slowly but surely evolves into a purely Russian accomplishment, thus passing over the fact that the Red Army defined itself as the army of the USSR, a multi-ethnic state. Films like TOWN OF GLORY go one step further and question the function of commemoration of the Great Patriotic War in today's political culture in Russia, whilst the Polish TV series PEOPLE AND GODS discusses moral issues related to the underground war of the Polish Home Army.

The DRAMATISING HISTORY series was generously funded by the Federal Agency for Civic Education. The film discussions on TOWN OF GLORY and PEOPLE AND GODS are to be conducted with the support of the Rosa Luxemburg Foundation.

A new Home?!  - Expulsion and Resettlement

For millions of Poles and Germans the Second World War ended with the expulsion from their respective homelands. Poles from the former eastern territories of their country, which were subsequently added to the Ukrainian, Lithuanian and Belarusian Soviet Republics, fled to the former eastern territories of Germany, which in turn had fallen to Poland. The Germans there were evacuated and fled to the west, to what would later become the GDR and, even later the Federal Republic of Germany. On both sides of the Oder-Neisse border, town and village communities were reformed, as people already suffering from the twin traumata of war and expulsion were forced to construct new communities under the conditions of totalitarianism. The German refugees met with rejection and mistrust, the Polish with almost abandoned cities. Film classics and contemporary witness documentary works show the transition from the last hours of the war to the first days of the new home in the Lubusz Land and Brandenburg.

The NEUE HEIMAT series was organised by the Verein für Film- und Medienpädagogik Cottbus, generously funded by Kulturland Brandenburg and supported by the German Culture Forum for Central and Eastern Europe. 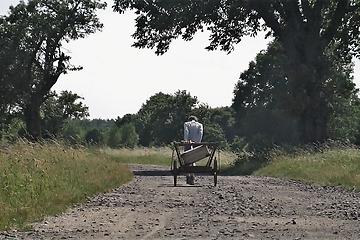 Andrzej Winiszewski
Poland, Germany / 2017 / 40 min
Once German, now Polish: the eventful history of the small town of Trzębiel has been strongly shaped by displaced and resettled people. People who were unable to determine their own paths in life. The authors set off on a search for clues that takes ...
read more 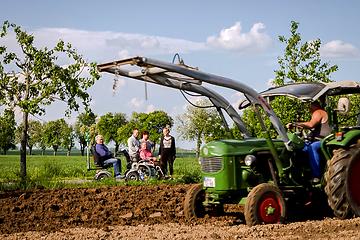 Claudia Baradoy, Riccardo Wittig
Germany / 2019 / 70 min
Expelled from East Prussia and Silesia, they found shelter in wooden huts and barracks: and yet Neurochlitz was intended as a model village of socialist construction in the GDR. When the land reform of the post-war years, initially voluntary, evolved ...
read more 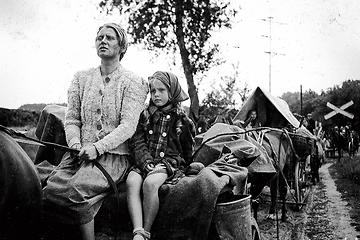 Milo Harbich
Germany / 1946 / 79 min
Experiences of German refugees, farmers and those newly settled after the end of the Second World War and at the beginning of the land reform in 1946. Shot in Westprignitz and in the disaster zone around Lebus. In this mixture of reportage and staged ...
read more 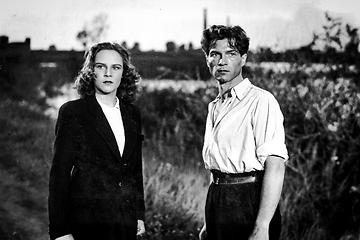 Arthur Pohl
Germany / 1949 / 85 min
The fates of displaced persons condensed into a melodrama: German refugees from the east settle in a barracks on the Oder River. Long-term residents are suspicious of the strangers however and try to drive them out by force. Until a fire threatens to ...
read more 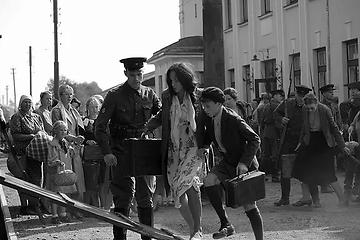 The Chronicles of Melanie

Viesturs Kairišs
Latvia, Finland, Czech Republic / 2015 / 120 min
1941. After the occupation of the Baltic States by the Soviet Union the Stalin administration began to deport members of the Latvian elite to Siberia. Among them was Melānija Vanaga, the wife of a renowned newspaper publisher. The story of her fate ...
read more 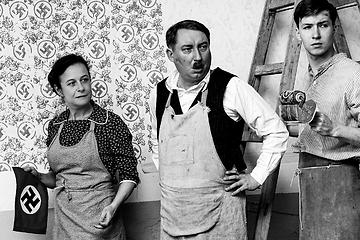 Bohdan Sláma
Czech Republic, Slovakia / 2020 / 135 min
Chronicle of a South Bohemian village and its inhabitants in the dramatic period from the 1930s to the 1950s. They used to live together peacefully, regardless of nationality or religion. But then they have to decide whether they are German or Czech, ...
read more 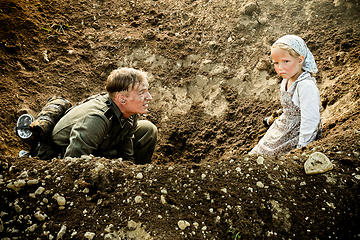 Elmo Nüganen
/ 2015 / 100 min
Between the fronts. Two brothers come face-to-face in the Second World War, one on the side of the Nazis, the other serving in the Red Army. Elmo Nüganen's action/war film exemplarily shows the fragmentation of Estonian society caused by the double ...
read more 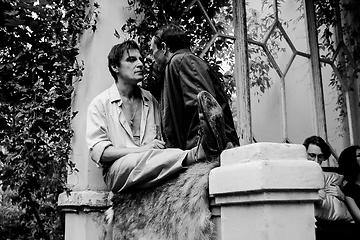 Jurgis Matulevičius
Lithuania, Ukraine / 2019 / 100 min
A war crime from World War II. An artist who wants to make a film about it in Soviet-era Lithuania. Is the script from one of the perpetrators? A fascinating reappraisal of history incorporating elements of Cold War thriller, a contemplative study of ...
read more 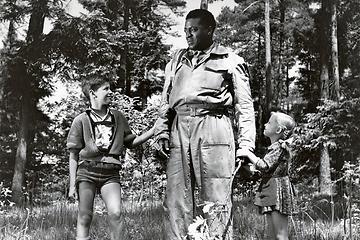 The Valley of Peace

France Štiglic
Yugoslavia (Slovenia) / 1956 / 90 min
Slovenia in World War II. In search of a peaceful retreat two children from what are, in fact, hostile camps and a US soldier meet. From now on they stand by one another. A moving anti-war film whose leading actor became the first African American ...
read more 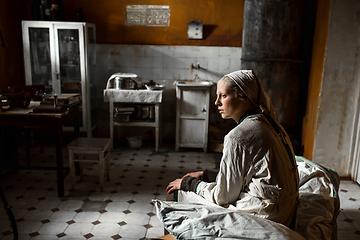 Kantemir Balagov
Russia, USA / 2019 / 137 min
Two women in Leningrad in 1945, soldiers. They survived the thirty months-long blockade of the city, the Second World War is over, the external enemy is defeated. The struggle for survival never ends however. Mourning and hope, life and death coexist ...
read more 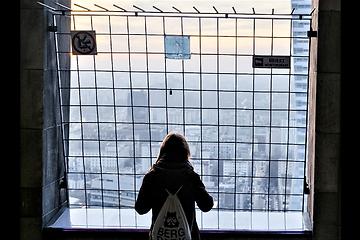 Emilia Śniegoska
Poland / 2019 / 24 min
Two women, two lives; one with her whole adult life ahead of her, the other living out her final years.
read more 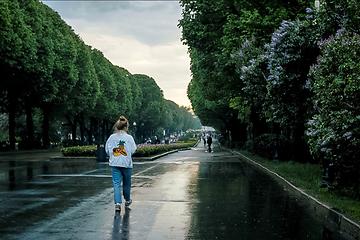 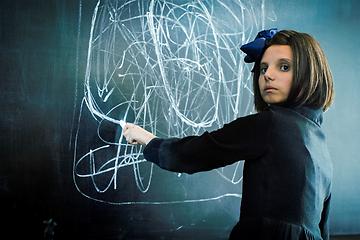 Kama Veymont
Poland / 2019 / 60 min
On the search for clues: two young people are looking for Tereska, the woman in a world-famous photo. The viewer travels the world with them and learns a lot in the process, including about himself. Filmtalk: SEARCHING FOR TERESKA | English Q&A | ...
read more 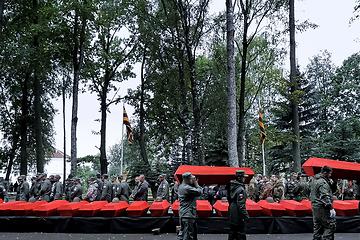 Szilárd Bernáth
Hungary / 2019 / 17 min
Between dream and reality, tradition and new creation. A spectacular mix of genres about a young Hungarian who joins the Red Army in the last phase of the war. When he meets a German child, he finds himself faced with an inner quandary.
read more 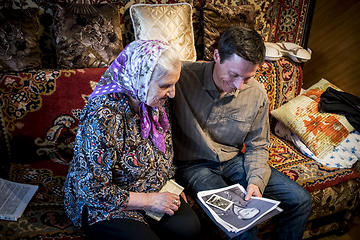 THE WAR IN ME

Sebastian Heinzel
/ 2019 / 84 min
“Why do I dream of war?” asks director Sebastian Heinzel. His grandfather was in Belarus during World War II. Can traumatic experiences such as war, violence and destruction be passed on to subsequent generations via our genes? Together with his ...
read more 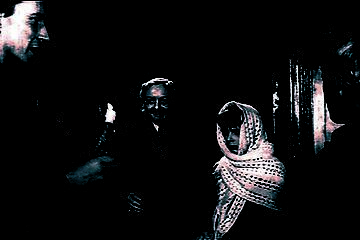 The first Day of Freedom

Aleksander Ford
Poland / 1964 / 89 min
A city in the eastern territories of Germany at the end of the Second World War. The residents flee, only a doctor and his three daughters remain. And end up in the middle of the battles with the advancing Soviet and Polish soldiers in Aleksander ...
read more 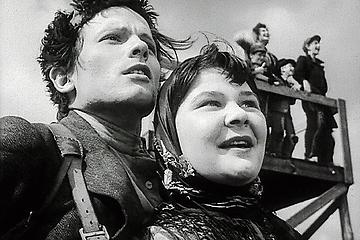 THE HOURS OF HOPE

Jan Rybkowski
Poland / 1955 / 89 min
1945 – Hour Zero. The joy of liberation is overwhelming. The war is over, or at least almost. Yesterday's enemy is still there and wants to fight back.
read more 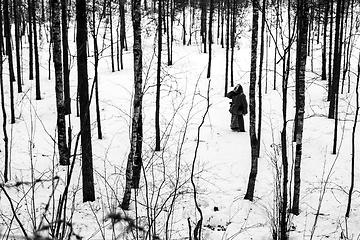 Dmitry Kargapolov
Russia / 2020 / 17 min
A snowy village in Russia during World War II. 16-year-old Semyon is once again playing in the forest in abandoned shooting ranges. His mother is looking for him and shots are fired. Frozen with horror, the desperate woman fears the worst.
read more 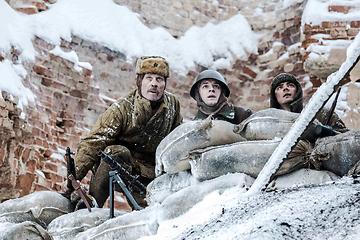 Igor Kopylov
Russia / 2019 / 113 min
The 1942 Red Army battle at Rzhev, fought at great cost and yet ultimately won. The focus of the many war action scenes is the self-sacrificing, heroic struggle of the Soviet soldiers for the fatherland. But for which fatherland? A question that ...
read more 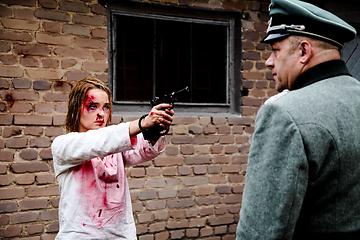 Konstantin Statsky
Russia / 2019 / 97 min
The Second World War: when forced into a hasty retreat by advancing German troops the Soviet Army had to leave behind an example of its secret weapon, the famous Katyusha rocket launcher. Will an elite commando unit be able to bring back the ...
read more 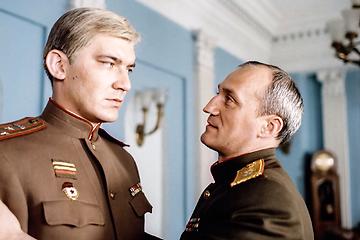 Andrej Maljukow
Soviet Union, Poland, Bulgaria, Czechoslovakia, GDR, Hungary, Spain / 1988 / 181 min
Communists from six countries, all of whom are members of the International Brigades during the Spanish Civil War in the fight against the fascists, take a vow to remain true to themselves. The film traces their biographies over a period of twenty ...
read more 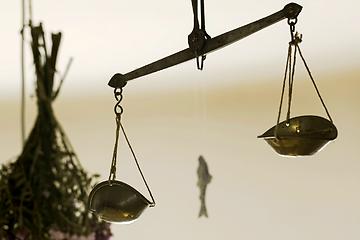 Eluned Zoë Aiano, Anna Benner
Germany, Czech Republic / 2019 / 19 min
Decades after the end of the Second World War a chapter from the past causes an uproar in the tranquil spa town of Třeboň: is it true that a local Czech nurse, something of a “seductress”, instead of curing German soldiers was busy bringing ...
read more 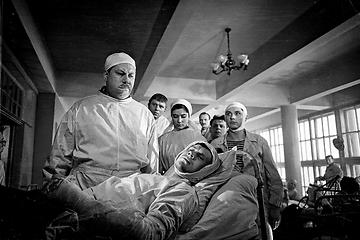 The Cranes Are Flying

Michail Kalatosow
Soviet Union / 1957 / 97 min
Eighteen-year-old Veronika loves engineer Boris, who volunteers to fight when the Great Patriotic War breaks out. Later she marries another; and subsequently comes to see the betrayal of her loved one as an existential error. A return of the ...
read more 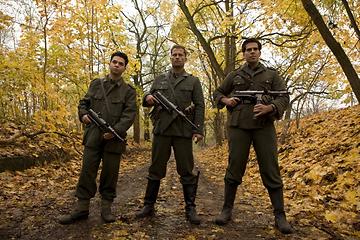 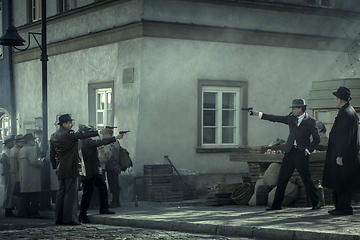 People and Gods (Part I)

Bodo Kox
Poland / 2020 / 270 min
A historical action series about two members of a liquidation unit of Armia Krajowa, the Polish Home Army, in the fight against the Nazi occupation. The embodiment of coolness and wit, they shoot their way through Warsaw, saving the lives of many ...
read more 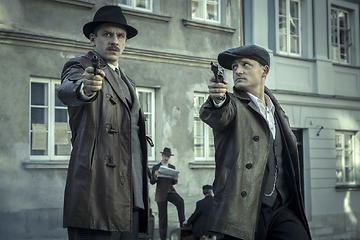 Bodo Kox
Poland / 2020 / 270 min
A historical action series about two members of a liquidation unit of Armia Krajowa, the Polish Home Army, in the fight against the Nazi occupation. The embodiment of coolness and wit, they shoot their way through Warsaw, saving the lives of many ...
read more