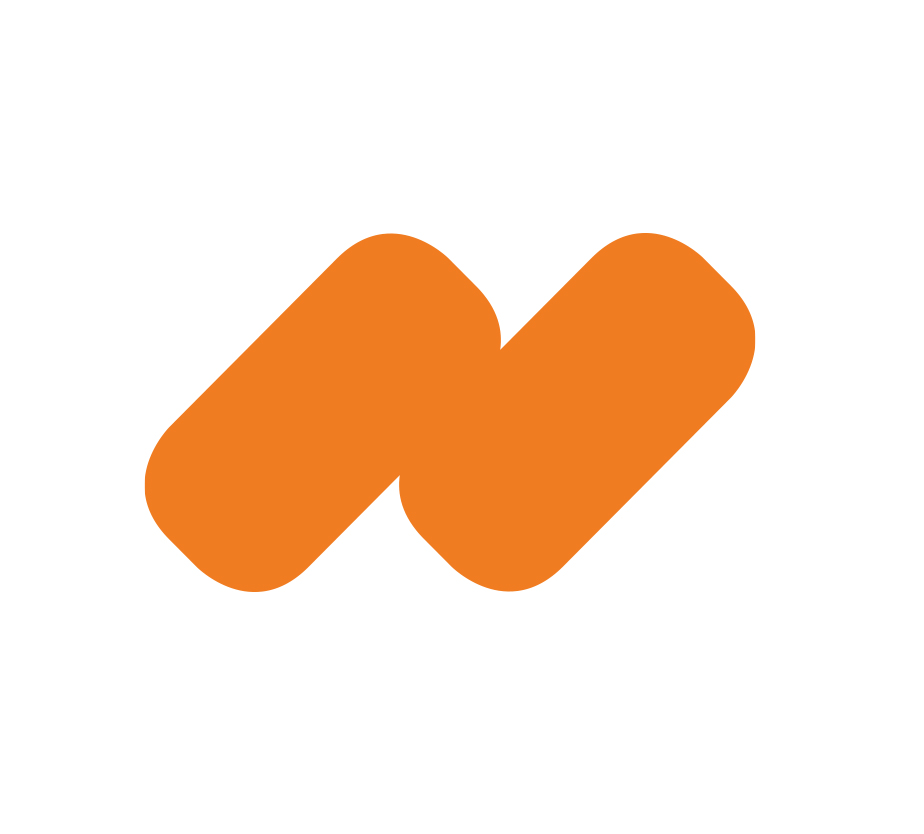 Serial killers with a history, mid-life crises in the Arctic Circle, fugitives with a cut, skiing on the border: the Spectrum shows everything that cinema can do. Here arthouse meets action, trauma meets morality, intelligence meets musical. A section of unusual encounters - let yourself be surprisingly entertained. 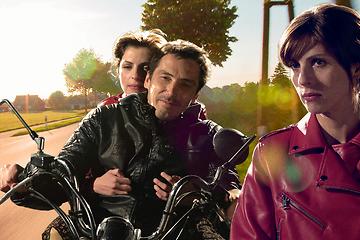 Aida Begić
BA/FR / 2022 / 116 min
Meri wants a new life. And to regain custody of her daughter. Yet everyone who comes to her aid only has their own freedom in mind; from her overbearing mother Zafira to sleazy lawyer Samir and hairdresser Adela, the latter no stranger to resorting ...
read more 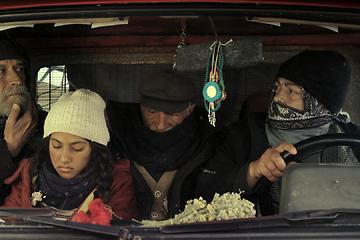 Bekir Bülbül
TR / 2021 / 100 min
Together with his granddaughter, the aged, taciturn refugee Musa undertakes a sad mission: to bring the body of his deceased wife to their homeland and have her laid to rest there. They don’t have a lot of money set aside however and thus have to ...
read more 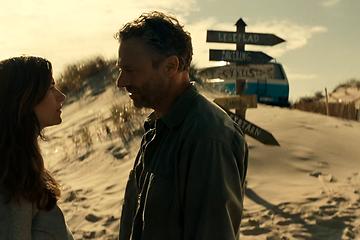 Anna Kazejak
PL / 2022 / 100 min
Two families on a camping holiday. Between the attempts to keep up appearances and the onset of mid-life crises there’s plenty of space for minor jibes and, since everyone talks past one another, what was intended as an enjoyable time spent ...
read more 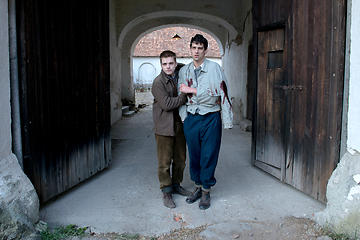 Zdeněk Jiráský
CZ/SK / 2021 / 101 min
Notes from no man's land. Czechoslovakia in the late 1940s. Young Kryštof lives in a monastery and brings refugees across the border into neighboring Bavaria. At some point however he himself becomes the hunted. In a state of uncertainty between ...
read more 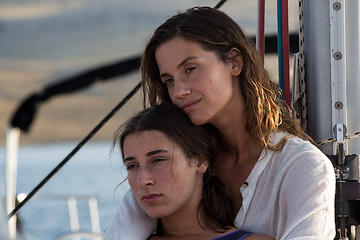 Antoneta Alamat Kusijanović
HR/BR/US/SL / 2021 / 92 min
Tensions arise between restless teenager Julija and her oppressive father Ante when an old family friend shows up at their Croatian island home. As Ante tries to negotiate a life-changing deal, Julija desires more from the influential visitor who ...
read more 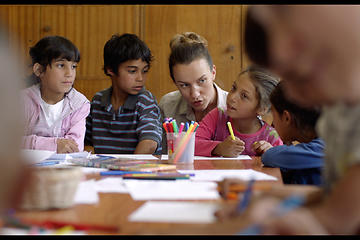 Sophia Zornitsa
BG/DE/HR / 2022 / 116 min
How can a new beginning work and what are we willing to give up in return? Theater director Elena must choose between her dream of having a child and the opportunity to help orphans in Africa. Ultimately, she is faced by the question of what her ...
read more 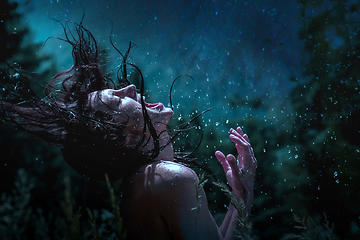 Tereza Nvotová
SK/CZ / 2022 / 116 min
When, thirty years on, Šarlota returns to her birthplace in the Slovakian mountains, she receives a cool reception. Like her mother, she is considered an outsider. And then there's the mystery of her little sister's death in this feminist thriller ...
read more 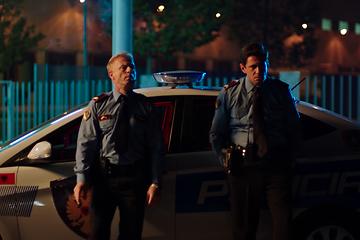 Ergys Meta
AL / 2022 / 107 min
A Balkan neo-noir from Albania. Kosovan war veteran Sula and his colleague Shpëtim together conduct police patrols in Tirana. Sula has dreams of bigger things, Shpëtim first and foremost wants to be left in peace. Though Sula lost his fear of ...
read more 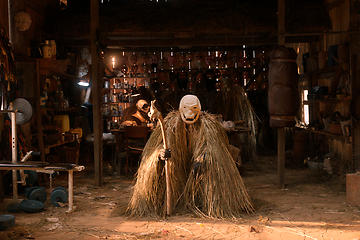 Dmytro Sukholytky-Sobchuk
UA/FR/PL/DE/CL / 2022 / 108 min
Pamfir, a top-rate smuggler and village hero, is back in his home village on the Ukrainian-Romanian border after many a year spent abroad. And yet, in order to protect his family, he returns to his petty criminal existence and takes on a corrupt ...
read more 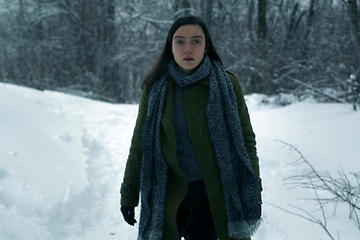 SNOW AND THE BEAR

Selcen Ergun
DE/TR/RS / 2022 / 93 min
In a small, remote village in the hinterlands of the Black Sea coast, winter has always been harsh; this year however it is seemingly endless. Snowfall cuts the place off from the rest of the world, the bears are said to have woken early from ...
read more 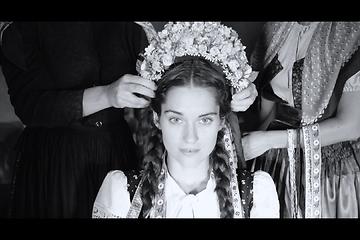 Ivo Trajkov
SK / 2021 / 100 min
The mountain towers menacingly over the Slovakian village of Piargy. The village herbalist considers it to be an omen; one day the antichrist will be born in this place of sin. Yet was that why Piargy was actually destroyed by the forces of nature? A ...
read more 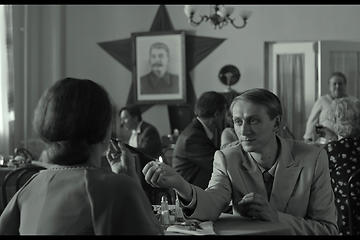 Taras Tomenko
UA / 2021 / 120 min
The revolution devours its children: In the 1930s the Holodomor, the notorious famine caused by the Soviet authorities, ravaged the villages of Ukraine. Meanwhile, in Kharkiv, a select group of Ukrainian writers and poets indulge in their art in the ...
read more 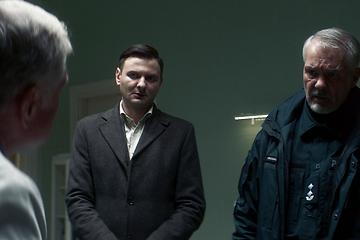 THE GENERATION OF EVIL

Emilis Vėlyvis
LT / 2021 / 90 min
Former KGB cliques stick together in a small Lithuanian town. Suddenly, however, brutal ritual murders occur. The demons of the Soviet past are resurfacing and the corrupt elite starts to get anxious... Genre cinema from Lithuania that, with its ...
read more 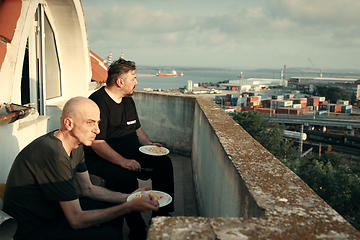 Tonislav Hristov
FI/BG / 2022 / 97 min
The odyssey of a stranded individual. Ivan has failed both as a businessman and family man in his adopted country of Finland. Back in Bulgaria, he drives a taxi along the “Sunny Beach” on the Black Sea coast. After a conflict with the local ...
read more 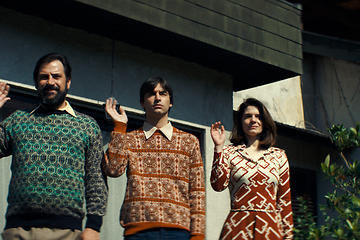 Andrija Mardešić/David Kapac
HR / 2022 / 106 min
A distinguished guest: A family in Yugoslavia – father, mother and son – is meticulously preparing for Christmas. An uncle, one who has done well for himself in West Germany, is due to arrive. The Christmas party with the domineering relative ...
read more 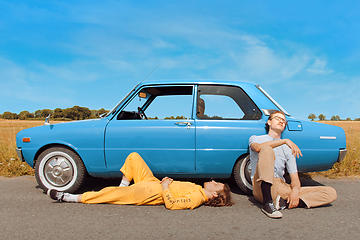 Meel Paliale
EE / 2021 / 82 min
In the course of a single day Kiik's world goes to pieces: love gone (his girlfriend cheats on him), work gone (his employer suddenly dies), and car gone (wrecked and then set in flames). What to do? A small but beautiful summer road movie comedy, ...
read more 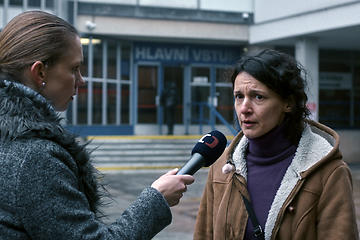 Michal Blaško
SK / 2022 / 90 min
After the son of Irina, a Ukrainian woman living in the Czech Republic, is attacked and seriously injured, nobody has any doubt that it could only be the Roma who are to blame. The neighbour’s son, also a Rom, is arrested without any evidence. Both ...
read more