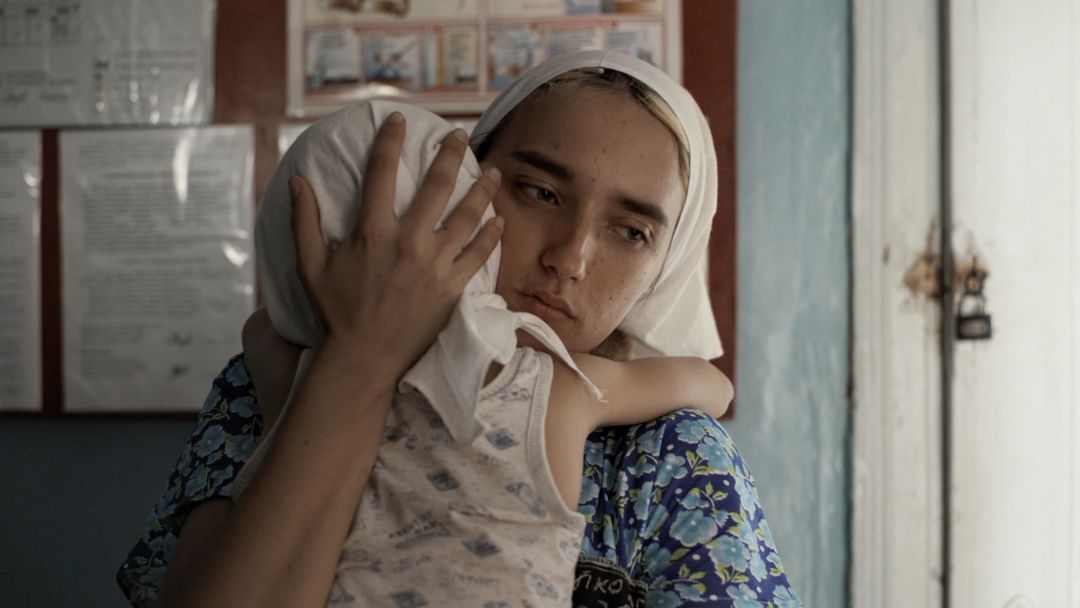 The 31st FilmFestival is coming to an end and celebrated the grand cinema finale of Eastern European cinema in Cottbus with the award ceremony. After a year's physical break, a high-quality programme consisting of 170 films was shown in seven venues and on ten screens, traditionally, in the first week of November. The main prize for the best film went to 107 MOTHERS by Peter Kerekes. Jan P. Matuszyński's meticulous political analysis LEAVE NO TRACES wins the special prize for best director. Levan Tediashvilis' authentic portrayal of a sacrificing father in BRIGHTON 4th by Levan Koguashvili wins the prize for Outstanding Individual Performance and thus closes the Feature Film Competition. TECHNO, MAMA by Saulius Baradinskas is a tour-de-force of visual energy and wins the main prize in the Short Film Competition. The social critique COMRADE POLICEMAN by Assel Aushakimova shows the limits and consequences of press freedom and system pandering and wins the Special Prize among the short films. The coming-of-age story YOUTH TOPIA by Dennis Stormer and Marisa Meier won the U18 Youth Film Competition. The opening film and winner of the "From Cottbus to Cinema" award, ABTEIL Nr. 6, by Juho Kuosmanen, also cleaned up among cinema enthusiasts and won the audience award.

In addition to four Lubinas, the FFC awarded prizes worth a total of almost 70,000 EUR. Despite the regulatory requirements and the resulting capacity restrictions, the FFC was able to welcome more than 10,000 film enthusiasts to the cinemas.

"We are very happy that the 31st FFC could take place again as a place of encounters and conversations after a year of analogue break - in cinemas, on the streets and squares, in cafés and bars. The visitor response proves that the FilmFestival Cottbus is an established cultural beacon in Lusatia even under corona conditions," says Andreas Stein, managing director of the organiser pool production GmbH. "We thank our filmmakers, the members of our juries and, of course, our audience for numerous wonderful moments and experiences over the past few days and are already looking forward to November 2022."

Main Prize for Best Film - Of the Longing for Comfort

This year's winner of the main prize combines true events and fiction in a women's prison. "CENZORKA | 107 MOTHERS by Peter Kerekes takes you into a unique world that remains hidden from most people. The international festival jury is convinced by Peter Kerekes' work. The highly emotional film draws on the richness of true events and skillfully transforms them into a fictional plot."

ŻEBY NIE BYŁO ŚLADÓW| LEAVE NO TRACES is an unsparing work that exposes power relations and the violence of lies in a meticulous and unspectacular way. "The director has succeeded in reconstructing a complex moment of the past that still resonates despite the seemingly democratic world of today. In a very careful way, he portrays intimate dreams on a political level," explains the jury. Thus Jan P. Matuszyński wins the special prize for best director.

The special prize is sponsored by Rundfunk Berlin-Brandenburg (rbb) and is endowed with 7,500 EUR.

Prize for an outstanding individual performance – Fatherly love and death

"Levan Tediashvili's portrayal of a father who sacrifices his life to save his son is riveting. Minimalist acting is more than enough to show the inner steps of his fatal decision. The authenticity of the portrayal evokes emotions that will not let go of the viewer," sums up the international festival jury. This convincing performance by Tediashvili in the film BRIGHTON 4th by director Levan Koguashvili earns him the prize for an outstanding individual performance.

The prize is donated by Sparkasse Spree-Neiße and is endowed with 5,000 EUR.

"A tour-de-force of visual energy that screams from the screen. A family is torn apart by hidden currents beneath the surface," reasons the short film jury consisting of Emilia Mazik (NL), Amos Geva (DE), Dāvis Sīmanis (LV), awarding the main prize to TECHNO, MAMA by Saulius Baradinskas.

The Main Prize, endowed with 2,500 EUR, is donated by Druckzone from Cottbus.

Special Prize – Freedom of the press and pandering to the system

COMRADE POLICEMAN is so simple and yet so impressive. With little effort, the limits and consequences of free speech and servility are documented.

The Special Prize is donated by Tiede+ and is endowed with 1,500 EUR.

With breathtaking images, aesthetically pleasing and creative at the same time, YOUTH TOPIA captivates the audience. In a unique dystopian world that parallels actual events and deals with issues such as stereotypes, equality and climate change, coming of age becomes an ordeal and won over Paulina Szczeszek (PL), Albert Jasínski (PL), Sabrina Peliskova (CZ), Radek Zajicek (CZ) and Alma Schüttenhelm (DE) from the U18 jury.

The Prize for Best Youth Film is endowed with 5,000 EUR and donated by the city of Cottbus.