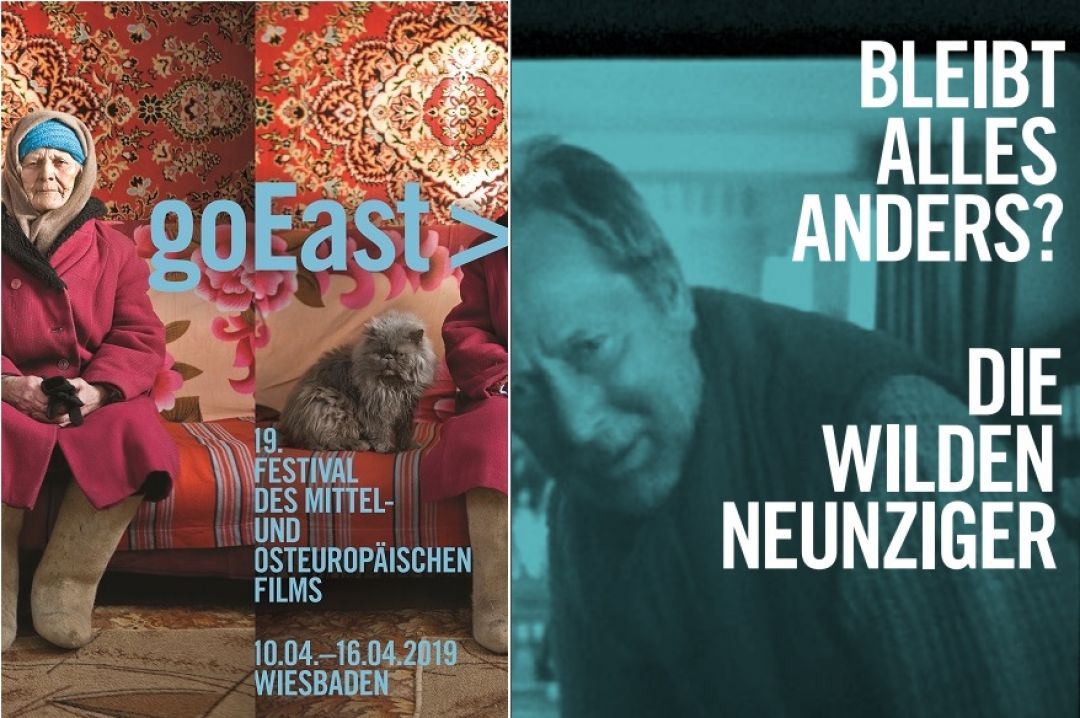 This year the 30th anniversary of the fall of the Berlin Wall will be celebrated. On this special occasion and with the thematic focus „Everything remains different – the wild 90s“ the FilmFestival Cottbus and goEast – Festival of Central and Eastern European Film in Wiesbaden (April 10-16, 2019) take a look at the cinema of the 1990s. goEast shows six films that make it possible to discover the cinematic tendencies that were created between political euphoria and societal transformation.
The FFC will follow-up the subject during its 29th edition in November 2019.

The programme in Wiesbaden will be accompanied by the panel discussion „What went wrong in the Nineties?“. These years oscillated between the poles of euphoria regarding newly gained freedoms and the hard reality of a global market economy – it is not only in the East that many individuals look back at this era today, 30 years later, and feel that their personal experiences have not been represented or are neglected entirely.
In the scope of the interdisciplinary panel Dr. Petr Luňák (Historian, Deputy Head of Public Diplomacy Division NATO, Czech Republic), Helke Misselwitz (Director, Germany), Janusz Wróblewski (Journalist, Poland) will tackle this multifaceted topic. Bernd Buder, Programme Director FilmFestival Cottbus, will moderate the panel.

The film and talk series "Everything Remains Different? – The Wild 90s", is a joint project from goEast and FilmFestival Cottbus, funded by the Federal Foundation for the Study of Communist Dictatorship in East Germany.

Overview of the section „Everything remains different – the wild 90s“ at goEast: www.filmfestival-goeast.de/program