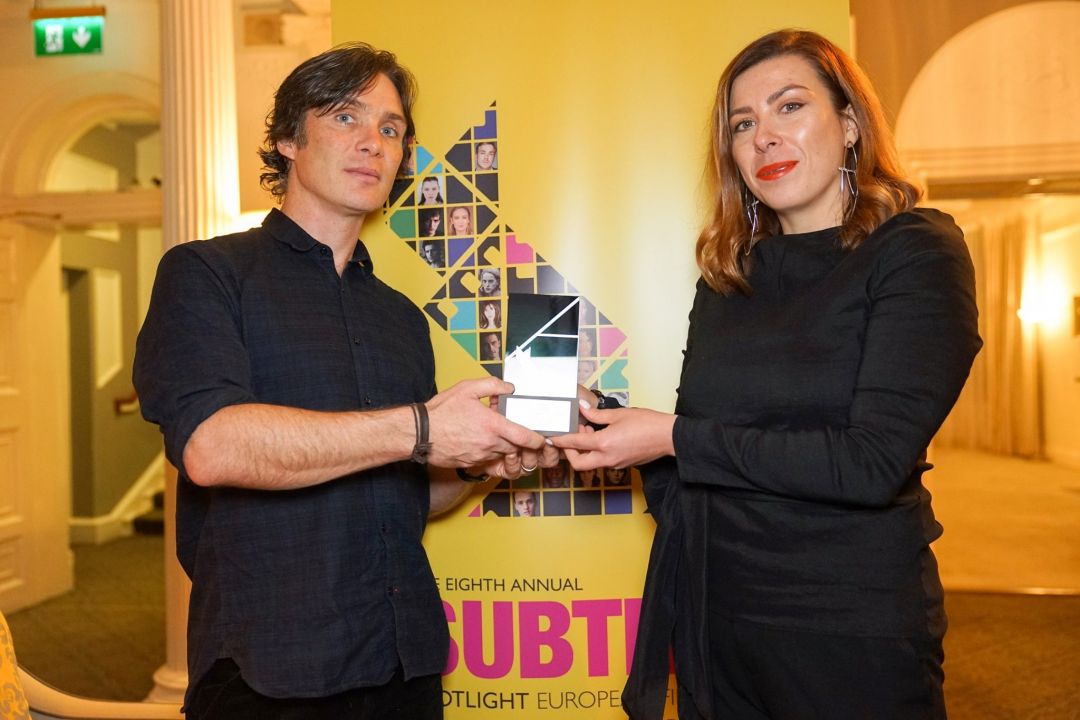 Julia Sinkevych, General Producer of the Odesa International Film Festival (OIFF), was awarded for her engagement to the development of the Ukrainian film industry at the 8th Subtitle: Spotlight European Film Festival in Kilkenny. The award was presented by the Irish actor Cillian Murphy (28 DAYS LATER, BROKEN, DUNKIRK).

"The Odesa International Film Festival has been one of our partner festivals for several years," explains FFC Programme Director Bernd Buder. "Most recently, in 2017 and 2018, we jointly organised a series of network meetings with festival organisers and film journalists from the Eastern Partnership countries. Julia Sinkevych has always supported the presence of Ukrainian cinema at the FilmFestival Cottbus with great expertise, transparency and an apt sense for the taste and curiosity of the local audience for new films. In this way she has made a great contribution to making the multifaceted nature of Ukrainian cinema and Ukrainian society visible - congratulations on the award! "