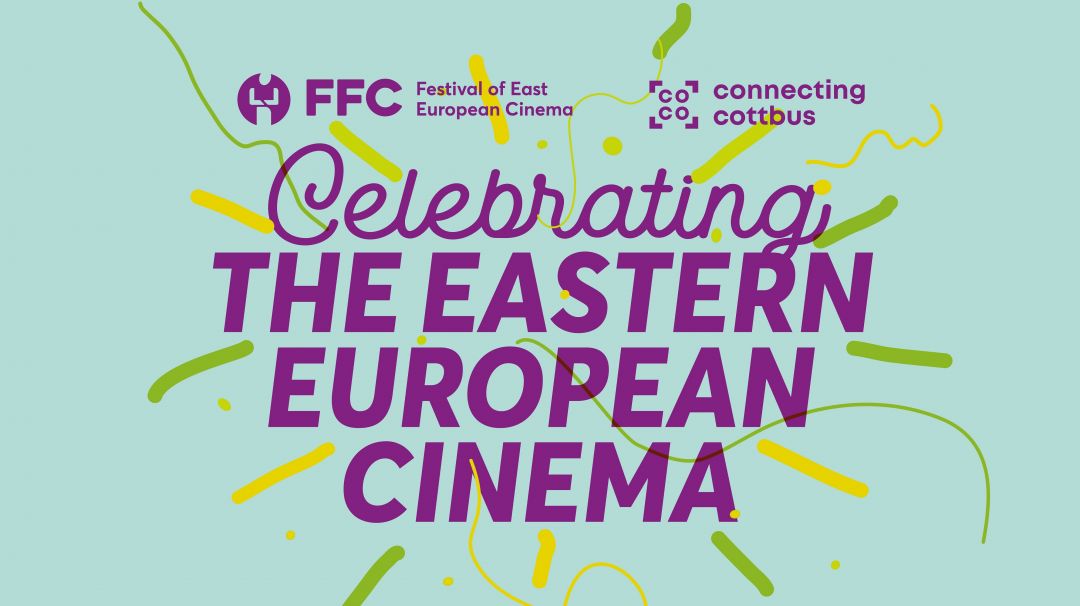 The FilmFestival Cottbus (FFC) celebrates its 30th anniversary in 2020. The official start of this significant festival year was the international industry meeting "East European Brunch" during the 70th Berlinale on 26 February 2020. Together with the Representation of the State of Brandenburg to the Federal Government, the FFC and the East-West co-production market connecting cottbus (coco) welcomed over 300 guests from the film industry, cultural, economical and political sectors. Advances on the program content of the 30th FFC and the 22nd coco edition, as well as new team members were introduced at the reception. Furthermore, the film NATIONAL STREET received the "Cottbus to Cinema" award and Svetla Tsotsorkova was awarded the FFC Special Pitch Award.

From November 3 to 8, 2020 the FilmFestival Cottbus (FFC) celebrates its 30th festival anniversary. While the first, four-day edition in 1991 with 19 films from six countries laid the foundation for the festival's history, today's FFC now offers its 22,000 festival visitors and 500 industry guests 200 films from up to 45 production countries over six days.

During the "East European Brunch" Bernd Buder, programme director of the FFC, announced three year-specific film sections of the 30th FFC. "The section 'Cottbus Classics' shows films shot in Cottbus and the region on the occasion of the 30th anniversary of the FFC. Lusatia as a filming location and the FilmFestival Cottbus as a driving force for the (Eastern) European film landscape has written film history in recent years".

The 'Spotlight: Česka' will also be dedicated to contemporary Czech cinema. "Whether laconic comedies, international festival hits, national blockbusters or successful TV series - films from Czechoslovakia and the Czech Republic have been among the big hits with the audience since the FilmFestival Cottbus was founded," Bernd Buder emphasised.

Another film programme will take the 30th anniversary of German reunification as an opportunity to examine the transformation processes of the 1990s and their effects on current politics in a cross-border film section. "Films from (East) Germany as well as the post-communist countries of Eastern Central Europe - Poland, Slovakia, the Czech Republic and Hungary - invite the audience to explore and experience different perspectives on the political and social upheavals of the 1990s in the individual countries.

As part of the East European Brunch, NATIONAL STREET (director: Štěpán Altrichter), the adaptation of the successful novel of the same name by Jaroslav Rudiš, received the "Cottbus to the Cinema" award. Donated by Medienboard Berlin-Brandenburg, this prize is endowed with up to 10,000 EUR to promote the distribution of a festival film. NATIONAL STREET was shown during the 29th FFC 2019 in the Feature Film Competition and will be released in German cinemas on May 21, 2020.

The FFC Special Pitch Award goes to Svetla Tsotsorkova. This prize enables the Bulgarian director to participate in the 22nd East-West co-production market connecting cottbus (November 4-6, 2020), where she will pitch her new project FORTUNE TELLER. Svetla Tsotsorkova won the main prize for best film at the 29th FilmFestival Cottbus with her film SESTRA | SISTER.

About the FilmFestival Cottbus

The 30th FilmFestival Cottbus takes place from 3 to 8 November 2020. In four competitions and numerous side sections, the FFC will show about 200 films competing for prizes with a total value of 75,000 euros and the coveted prize sculpture LUBINA (Sorbian: the lovely).Over 22,000 spectators attended the Festival of Eastern European Film in Cottbus in 2019.

The 30th FilmFestival Cottbus is substantially supported by the State of Brandenburg, Medienboard Berlin-Brandenburg GmbH, the City of Cottbus, the Federal Foreign Office and the Creative Europe MEDIA Programme of the European Union.

View the embedded image gallery online at:
https://www.filmfestivalcottbus.de/en/news-en/kick-off-into-the-anniversary-year-filmfestival-cottbus-celebrates-30th-edition.html#sigProId1885ab6d26
Cookies make it easier for us to provide you with our services. With the usage of our services you permit us to use cookies.
More information Ok