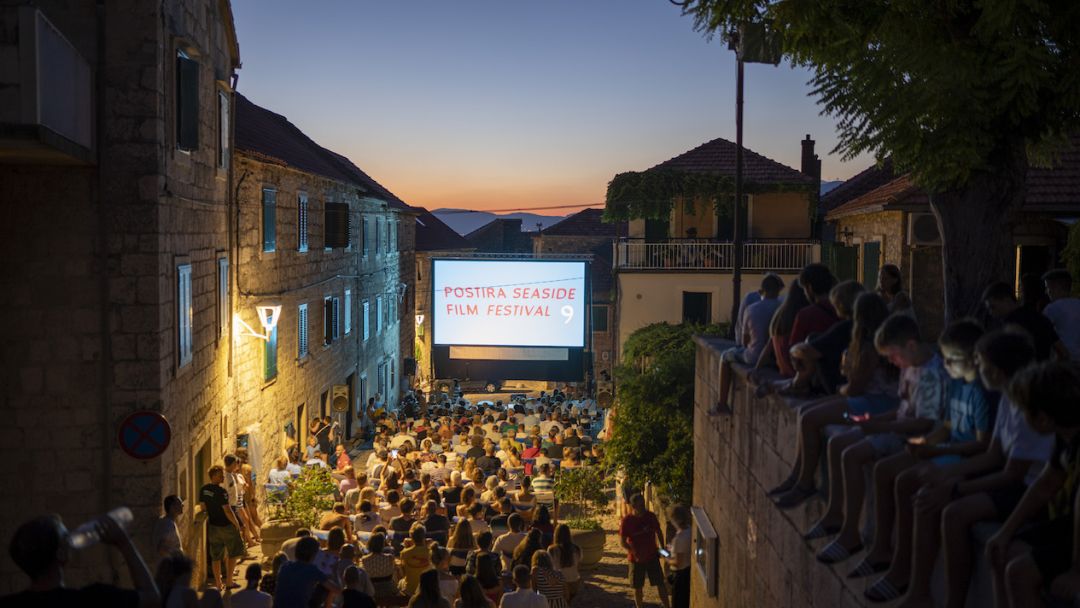 In 2019 the Postira Seaside Film Festival took place at the historic village square. This year's anniversary edition was relocated by the festival organizers to the local school sports field. © PSFF

From July 28 to August 1, 2020 the tenth Postira Seaside Film Festival (PSFF) will take place in the idyllic coastal town of Postira on the island Brač (Croatia). Since 2015 there is an intensive festival partnership between PSFF and the FilmFestival Cottbus (FFC).

Twelve films compete for the audience award in the PSFF international competition. Among them is HAVANA, CUBA by Andrei Hutuleac, which was screened in the 2019 FFC short film competition.

The focus of the 10th PSFF is "The winners". In the separate programme item the audience award winners of the first nine festival years will be shown and celebrated. A total of 43 films will be shown in six programme blocks.

The tenth anniversary was of course planned as a big party, but the coronavirus pandemic has thwarted the organizers' plans. All planned concerts and festivities have been cancelled and the traditional festival location on the historic village square will be exchanged for the school sports field. Although it does not offer the same tranquil atmosphere, there is much more space. The limited number of seats can thus be brought to the appropriate distance. In this way, the most important thing is guaranteed: Despite the pandemic, visitors can still enjoy PSFF films open air.