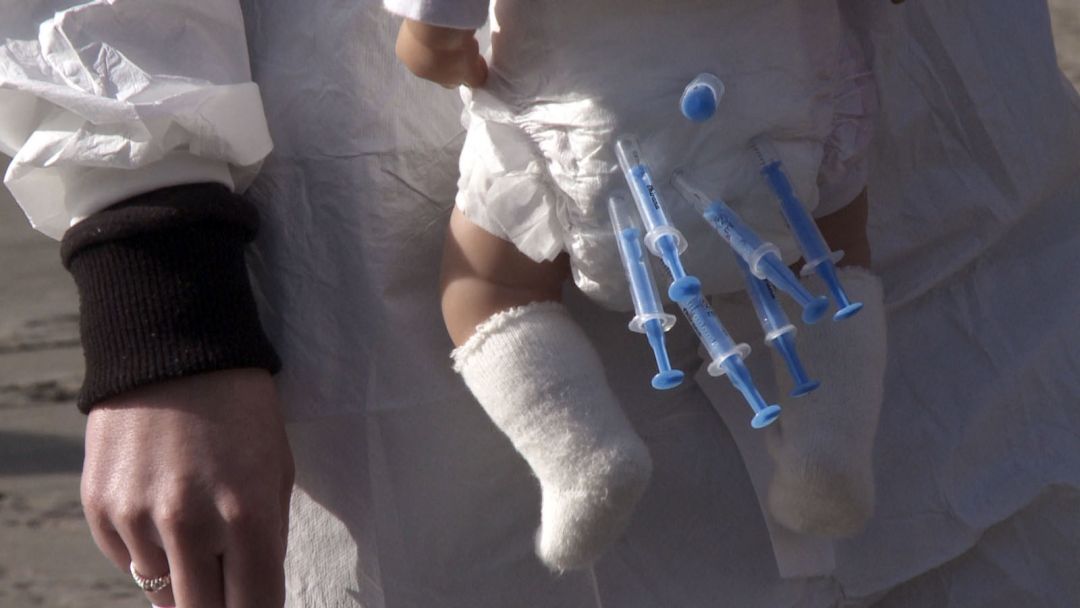 As part of the Powerful Voices online film program, the Czech Center Berlin in cooperation with the FilmFestival Cottbus will present the second of four films by Czech women documentary filmmakers this spring.

Today, March 22nd, 2021, the second film of the series, EPIDEMIE SVOBODY / EPIDEMIC OF FREEDOM, can be streamed for free on the portal dafilms.com until 24:00. Just register briefly and you're ready to go.

Why is vaccination compulsory in the Czech Republic, while most Western European countries give parents the choice? Do doctors vaccinate too early? Do Czech parents have enough information? Documentary filmmaker Tereza Reichová and her husband Hynek Reich Štětka search for answers to these and other questions. The birth of their daughter Žofka drew concern about her health. The two parents equipped themselves with a camera and shot everything that could influence their decision to have their daughter vaccinated or not. In discussions with pediatricians, the Ministry of Health, friends, Žofka's grandmother, and each other, they discovered that forming an informed opinion is anything but easy.

The film will be accompanied by a discussion in English with director Tereza Reichová, moderated by Ivana Formanová (IDF).

The online film program Powerful Voices provides an insight into the current work of Czech women documentary filmmakers. Their range of topics is broad, they take up sociological and psychological questions, reflect social discourses in the Czech Republic and the world, and repeatedly touch on political issues, developing a strong signature of their own.