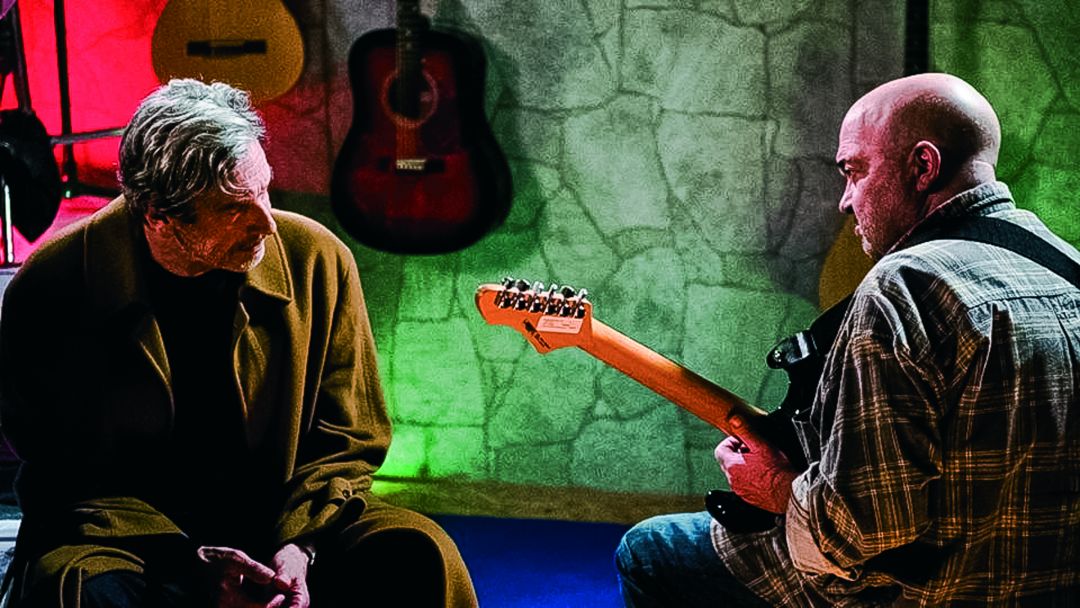 On November 20th at 7:00 pm, the RangKino of the Friedrich-Wolf-Theatre in Eisenhüttenstadt will show the film ZU DEN STERNEN by Nicolai Tegeler followed by a film discussion with the director.

In the GDR, they made music together and were best friends. Then one became famous and the other was arrested. Decades later, the latter wants justice and accuses the successful colleague of spying on him and betraying his escape plans to the Stasi. The dramatic nocturnal debate ends disastrously. ZU DEN STERNEN by Nicolai Tegeler is as entertaining as it is analytical and takes a close look at two former friends and bandmates and their different biographies during and after the division of Germany.

ZU DEN STERNEN is being screened as part of the RangKino project, in which the Verein für Film- und Medienpädagogik (Association for Film and Media Education), in cooperation with the Friedrich-Wolf-Theatre and the FilmFestival Cottbus, has set itself the task of filling the current cinematic void in the city and surrounding area with versatile art-house cinema. The historical and current significance of industry for the city of Eisenhüttenstadt, but also the geographical proximity to Eastern Europe and the reflection of social change in East Germany, is the inspiration and the hook. The cooperation between the association, the theatre and the FilmFestival Cottbus combines core competences developed over many years, which are of utmost importance for this project: While the Friedrich Wolf Theatre is the cultural magnet of its region and knows its audience, can assess the motivations and needs of the residents and build on them, the FilmFestival Cottbus with its expertise on Central and Eastern European culture and film landscape as well as the related topics on social change in East Germany. The film will be followed by a film and audience discussion with the director Nicolai Tegeler.

The event at a glance:

After a concert, successful pop singer Marco Hoffmann's past catches up with him: his ex-bandmate Wolle wants to talk to him. The two had a rock band in the GDR - but while Marco was making a career for himself, Wolle ended up in prison after a failed escape attempt. Even ransomed to the West and after the collapse of the GDR, Wolle couldn't get a leg on the ground. He suspects Marco of having spied on him as an informant. Wolle believes he has found clear evidence in his Stasi file. But Marco denies everything. During a nightly argument, both of them, partly desperate, partly sadistic, take on the role of the interrogated and the interrogator. Are the files telling the truth? Is Wolle psychologically broken? Does the change of system mean a chance for one, but the end for the other?  A gripping psychological chamber play, with a twist to a thriller, in which Florian Martens is particularly convincing as an idealist damaged by fate.