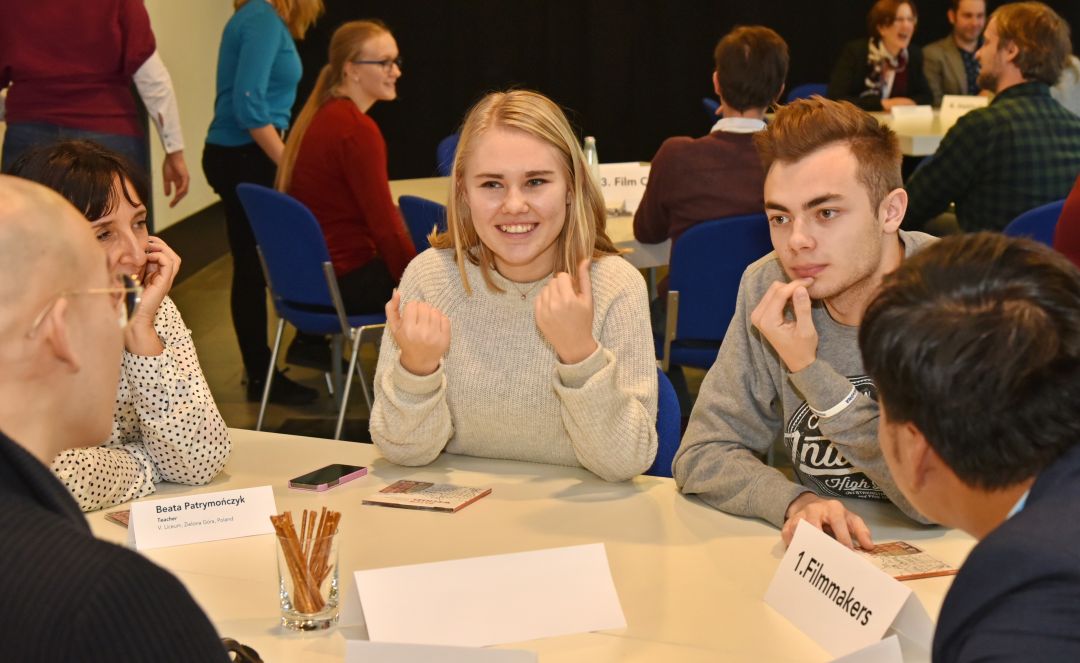 Film festivals are an excellent place for encounters and intercultural exchange between filmmakers and their audiences. Films can point to current narratives and it is not unusual for political and historical taboos to regain more public attention on the screen. They therefore offer an opportunity for joint reflection. Thus it is more than necessary to involve a young, multinational audience in this dialogue.

The FilmFestival Cottbus is organising a German-Polish and a German-Czech Youth Exchange for the fourth time and invites around 40 young people from the Czech Republic, Poland and Germany to the Cottbus cinemas. Together the students will watch films that deal with the realities of young people's lives today, but also with other relevant historical and current topics. In conversations, the young people question their context and cinematic approaches. For example, films from the regional portrait Lower Silesia are used to sensitise the young people for cases of fate in history, such as the consequences of the various forced resettlements after the Second World War, the new beginnings associated with them and the history of German-Polish reconciliation. They will then discuss the films shown, their themes and their artistic and dramaturgical implementation in discussions with filmmakers and experts.

On the occasion of the 30th anniversary of the fall of the Berlin Wall, special attention will be paid to a topic that has so far received little attention in contemporary historical research: the recruitment of minors by the Stasi. The documentary film STASI KIDS gathers contemporary witness interviews on this topic from Germany and the GDR. Often it was young people who were recruited by the secret service - was the double role as agent "cool", or was the pressure too big? Experiences that some of the contemporary witnesses from the film subsequently discuss personally with the young audience.

The Youth Exchange is organised by the Verein für Film- und Medienpädagogik Cottbus e.V. (Association for Film and Media Pedagogy Cottbus) under the title "German-Polish Student Exchange in Cottbus: Reflecting Film and Everyday Life Across Borders", supported by the Euroregion Spree-Neiße-Bober, in cooperation with the FilmFestival Cottbus, which thus once again becomes a place of intercultural media education. The three-day youth encounter will continue to be supported by the German Cultural Forum Eastern Europe.