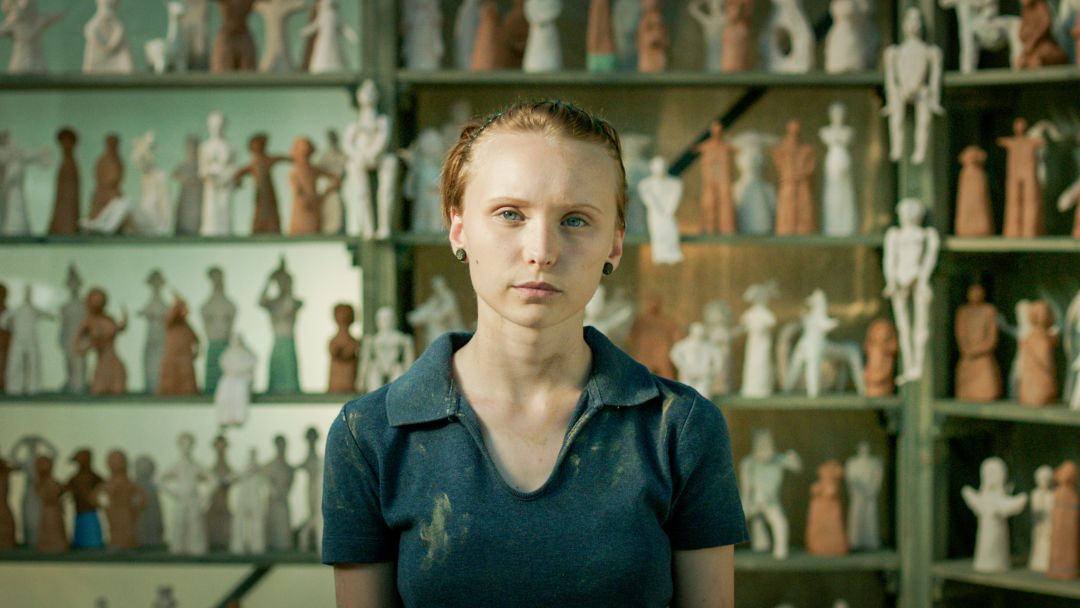 In the evening on the 9th of November, the winners of the 29th FilmFestival Cottbus were chosen at the award ceremony in the FESTIVALZentrum Stadthalle.
The Main Prize for Best Film goes to the Bulgarian film SESTRA | SISTER by Svetla Tsotsorkova. Teodor Kuhn is delighted to receive the Special Prize for Best Director for his emotional feature film OSTRÝM NOŽOM | BY A SHARP KNIFE.
For the first time, six actresses receive the Award for an Outstanding Actress: The International Jury awards it to the entire female cast of SHPIA E AGËS | AGA'S HOUSE by Lendita Zeqiraj. The actor Alban Ukaj convinced the jury with his performance in PUN MJESEC | FULL MOON and receives the Award for Outstanding Actor.
In addition to the four coveted LUBINAS in these categories, the FFC awarded prizes with a total value of more than 75,000 Euro.
Once again, 22,000 visitors came to the film and accompanying programme events of the festival.

"The films of the 29th FilmFestival Cottbus fascinated industry guests and cinema-goers with their stylistic diversity and analytical sharpness. 30 years after the fall of the Iron Curtain, East European cinema reflects social, historical and personal experiences with the unusual perspectives it uses to tell its stories. It interferes with the current discussions on relevant topics in a refreshingly honest and emotionally touching way. With their decisions, the juries rewarded the courage to cross stylistic boundaries, collective achievement and the joy of dialogue that openly addresses difficult topics and thus takes the whole society with it", comments FFC-Programme Director Bernd Buder.

The International Festival Jury, consisting of Sergey Dvortsevoy (Russia), Luli Bitri (Albania), Péter Muszatics (Hungary), Marija Perović (Montenegro) and Peter Badel (Germany) justified their decision as follows: “If a film gives the cinema what the cinema loves the most, then the enthusiasm of the audience and the jury is the same: it's about magical portraits, social and personal conflicts and lots of small inventions that the main character continuously brings into the film.  Three women of different ages seek their position in society and encounter a car hobbyist. In an extraordinary way, an everyday story emerges, it is magnificently photographed and invites the viewer intensively to experience itself and gives each character its own cinematic space.“

Teodor Kuhn wins the Special Prize for the Best Director worth 7,500 Euro donated by Rundfunk Berlin-Brandenburg (rbb), with OSTRÝM NOŽOM | BY A SHARP KNIFE (SK/SZ 2019).

“The directing of this film proves in an impressive way that topicality does not have to bring a feature film close to factuality at the expense of emotionality. Convincing team and actor leadership make this film a cinematic experience and an expression of our time“, the jury explained.

With the Award for Outstanding Actress, donated by the city of Cottbus in the amount of 5,000 Euro, the jury honours the performance of the entire female cast of the film SHPIA E AGËS | AGA’S HOUSE (KO/HR/FR/AL 2019).

The jury's statement reads: "For the female cast of Aga’s House – for their extremely powerful, vivid and detailed performance in a film, which mirrors the dramatic changes of a Balkan country in a multifaceted way.“

The Award for Outstanding Actor, endowed with 5,000 Euro and donated by Sparkasse Spree-Neiße, goes to Alban Ukaj. He convinced the jury in the Cottbus world premiere of PUN MJESEC | FULL MOON (BA 2019) in his role as a policeman Hamza, who decides to leave the circle of corruption. The jury announced: "For Alban Ukaj – for his very organic and precise performance of a complicated character.“

The jury – consisting of Cineday's festival director Margarita Arsova, director Hilal Baydarov and actor Jascha Rust announced: “This film possesses such an intense visual language, raw beauty, playfulness, from slightly cheerful to heavy, from black and white to colour, from hate, love, fear to longing, that it turns one's own emotional world upside down. It is a great pleasure to watch the actresses and actors, to experience the inner struggle of thoughts of revenge, compassion and charity and to see oneself confronted with a difficult question of conscience at the end of the film.“

The Romanian director Adi Voicu won the Special Prize of 1,500 Euro, donated by Tiede+, with ULTIMUL DRUM SPRE MARE | THE LAST TRIP TO THE SEA. The short film jury explained: “We all have prejudices, we all are mostly wrong about them and the best way to deal with it is sense of humour. The movie captures that accurately, it is amusing, it makes you think without raising your index finger and at the end we realize that we are all sitting in the same train.”

Students from Poland, the Czech Republic and Germany formed the six-member jury for the U18 Youth Film Competition. They chose the Slovak film NECH JE SVETLO | LET THERE BE LIGHT as the winner.

Director Marko Škop receives the 3,000 Euro Prize for the Best Youth Film, donated by Lausitz Energie Bergbau AG (LEAG). Commenting on their decision, the jury said: “We chose this movie because of a competent way in which it showed us complicated relations between family members. The actors perform the emotions very convincingly. We appreciate that this film points out the specific situations and attitudes in a small village society.”

Further prizes were awarded at the 29th FilmFestival Cottbus: The DIALOG Prize for International Communication, donated by the Federal Foreign Office and endowed with 3,000 Euro goes to director Petra Szőcs for DEVA | DEVA (HU 2018).

With the Prize for Best Debut Film, endowed with 3,000 Euro and donated by the Brandenburg Technical University Cottbus-Senftenberg and the Film University Babelsberg "Konrad Wolf", the jury honoured the contribution DNEVNIK DIANE BUDISAVLJEVIĆ | THE DIARY OF DIANA BUDISAVLJEVIĆ by Dana Budisavljević.

The FIPRESCI jury, the jury of the international association of film critics and journalists, honours Russian director Lyubov Borisova for her work MIN URDUBER KYUN KHAHAN DA KIIRBET | THE SUN ABOUT ME NEVER SETS (RU 2019).

The Prize of the Ecumenical Jury goes to PUN MJESEC | FULL MOON (BA 2019) by Nermin Hamzagić.

Among the visitors MIN URDUBER KYUN KHAHAN DA KIIRBET | THE SUN ABOUT ME NEVER SETS. Lyubov Borisova takes home the Audience Award worth 3.000 Euro, donated by the Lausitzer Rundschau.

The 30th FilmFestival Cottbus will take place from November 3rd to 8th 2020.